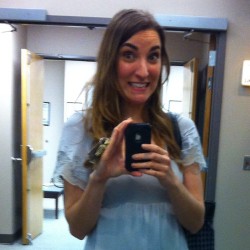 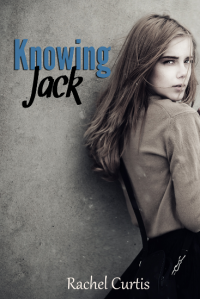 Knowing Jack was a fun, sexy, and all-around enjoyable read.  Chloe and Jack were immensely cute together and I loved their unconventional relationship.  If you're looking for a light and fun read that will make you smile and swoon, then this is the book for you.

Initially, the blurb for this book drew me in.  I could tell from the book's description that Chloe was going to be a firecracker.  And she was.  Chloe made a big mistake. She slept with her college professor. And not just any professor.  Dr. Carter Ames, one of the hottest and most beloved professors at her university.  Their torrid lust affair ends abruptly when he gets fired.  He leaves campus abruptly, leaving 20-year old Chloe with a broken heart.

Shortly after news breaks Chloe and Dr. Ames's indiscretions, Chloe begins receiving death threats.  Chloe's family is very wealthy and has the means to do what most people cannot do — hire a bodyguard.  Enter Jack Milton.  He is less than thrilled to get the job of following around a rich, spoiled, barely legal princess.  He sees this assignment a "cotton candy case" — a fluffy job with no real meat, no real fun.  But he quickly changes his tune when he sees Chloe.

The very first chapter is in Jack's point of view and it already had me melting.  Jack saw through Chloe's seemingly shallow act and saw something in her that no one else did.  He saw her.

"...[I] wait for something to finally happen that breaks the stasis.
What happens is her.
She's wrong in so many ways I can't even begin to count them. She's way too young. Way too privileged. Way too used to the good things in life when all I have, when all I am is the bottom of the barrel.
But the minute I see her, everything changes."

As you can tell from that peek into Jack's mind, he is a little broken.  He has some demons in his past that give him even more reason, aside from being professional, to keep his hands off of Chloe.  I absolutely adored the fact that Jack calls Chloe "princess" from the moment he meets her.  It really got under her skin and bothered her.

Knowing Jack is told primarily in Chloe's point of view, but you see Jack's point-of-view sprinkled throughout the book.  He was a pretty sweet guy and I liked being inside his head. However, I found the Jack preludes to be quite repetitive. Each started out with the same introductory phrase, which was intentional, but I found it to be repetitive. I wanted some variety.

While Chloe is a more outgoing and outspoken person, Jack is more straight and to-the-point. He doesn't say much unless something needs to be said.  But he's not all scowls and seriousness.  I loved Jack's quiet sense of humor. He loved toying with Chloe.

Now you can see why he drives me crazy. This is how he always acts. Never loses his temper. Stands around looking like he's secretly laughing when I get frustrated—even if he deserves it.

"I don't know, princess." His mouth tilts up at the corners in an expression I've seen a lot. It's almost a smile, and I know it means he's hiding amusement. It makes him even more gorgeous than usual, which is really not what I need to notice right now. "Those teddy bears look suspicious. I've been keeping my eye on them."

He takes his job as bodyguard very seriously and that includes not getting involved with Chloe even though he wants nothing more than just to grab her and do unspeakable things to her.

I really enjoyed Chloe's spunky personality and lack of filter.  I could see how many people might find her annoying, but I actually liked her selfish, entitled attitude. For some reason, those characteristics were a little endearing to me, probably because Jack found her so adorable.

I loved knowing that Jack had feelings for Chloe from the get go. It's always fun when the reader knows something that one of the characters doesn't. I feel like I'm holding onto a juicy secret. I count the pages until the character finds out the secret too.  When Chloe finally realized that all of her lusting over Jack was mutual, that wanted her just as much as she wanted him, things heated up quickly.

I did find the death threat storyline to be a far-fetched.  I personally had a hard time believing that students would be upset over a teacher getting fired that they would send death threats to one of the responsible parties.  But I was completely able to put that thought aside and just enjoy Jack and Chloe together.

3.5 stars
*I received a copy from the author in exchange for an honest review. Find more of my reviews & other bookish things here: